Migrating to S/4HANA: How Automation Can Simplify Your SAP Role Re-design Project

Roles are the foundation of SAP access, and any organization with SAP applications knows that roles pile up over time and become increasingly complicated to manage. With constant changes occurring within the organization and regular requests coming from the business for access modifications, IT is left struggling to keep track of new and existing roles. Security takes a back seat while thousands of roles with varying combinations of entitlements are created to cater to business needs. Though the business may not understand the full implication of roles when making a significant shift like migrating to S/4HANA, a role re-design project to ensure security and compliance becomes a huge challenge.

Role re-design projects take a long time because manually designing new roles, testing for errors, and successfully deploying the roles is a tedious process. For starters, business owners need to be interviewed to understand exactly how many roles and the transactions linked to them are actually being used. Once that is determined, new roles need to be created and tested by the QA team to ensure that the roles are functional in a test environment.

After testing, the new roles are deployed to the respective users. However, the complex nature of SAP applications means users will invariably encounter authorization errors in production. As a result, the cycle of designing, testing, and deploying will have to be repeated multiple times until the roles meet all user and business requirements. Though these errors can be fixed, they impact business continuity and user productivity, a significant hurdle for role re-design projects.

In the first stage, an automated solution can help collect all real-time role usage data. Then, this data can be presented to the business to make informed decisions on which roles and entitlements are necessary and which can be revoked. This saves significant time spent manually collecting usage data and analyzing it to create new roles. Also, the data will be far more accurate since it is based on historical transaction records.

Next, automation can help create a simulated production environment for better testing outcomes. New roles will have a much higher success rate if they can be tested in a near-production environment. Finally, roles can be checked for any Segregation of Duties conflicts well before deployment, thereby mitigating risk and enhancing compliance.

A good role design solution can also be used to automatically map existing t-codes to the new S/4HANA t-codes, which can save time on individually upgrading all the roles that are impacted by the t-code changes in the new environment.

Pathlock’s Automated Role Design Module has been specifically designed to help businesses simplify their SAP role re-design projects. It saves thousands of hours of staff time by automating the role re-design process and eliminating the need to configure complex roles manually. Automation also ensures that errors are dramatically reduced, making the quality and longevity of roles greater and the cost to maintain them lower.

Get in touch with our SAP security and compliance experts to learn how you can simplify your role re-design project to ease your S/4HANA migration. For a long time, access to SAP applications has been govern... October 12, 2022 Boost the Efficiency of Your PeopleSoft User Pr...

An organization's user base is never static. As employees a... 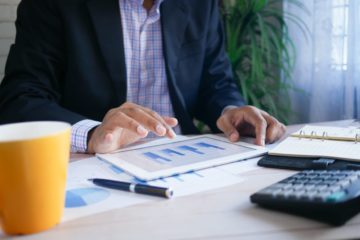 What Is SAP GRC? SAP Governance, Risk, and Compliance (S... 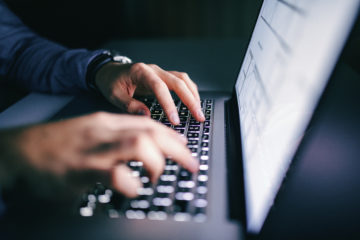